What is Gracie Jiu-Jitsu
Gracie (Brazilian) Jiu‐Jitsu (BJJ) is a highly effective self‐defense system of ground fighting. Founded by Grandmaster Helio Gracie, who at 135 pounds altered the techniques of traditional Jiu‐Jitsu to depend more on leverage and mechanical advantage over strength and speed. It is designed to allow a smaller, weaker person to defend his or her self in a real world situation that goes to the ground. Gracie Jiu‐Jitsu does this by the detailed study of correct body mechanics, timing and placement. This is good for you, the student, because the methods are not based on ones strength or speed so the skills you develop now will not fade or become less affective with time. This is also in line with the self‐defense mindset of Gracie Jiu‐Jitsu meaning your training should prepare you for a street encounter where you don’t get to choose what weight class you will be fighting in.
The self-defense mind set is important because statistics say 90 to 95% of all violent attacks and street fights end up on the ground, where Gracie Jiu‐Jitsu’s techniques are most effective. Unlike most sport biased Jiu‐Jitsu, Gracie Jiu-Jitsu not only studies grappling but also teaches the student how to deal with the opponent that tries to strike you in each position and how to effectively deal with it.
The physical benefits of training are incredible for students. Most students experience a physical change in their bodies within 30 days of beginning their training. Students will lose weight and become more lean, gain useable strength, become more flexible and loosen the body. Many students experience lower levels of stress which leads to higher levels of day-to-day energy.
The focus on real‐world self-defense is what separates Gracie Jiu‐Jitsu from other Brazilian Jiu‐Jitsu systems that are more sports based. If personal protection and physical fitness is your goal, Gracie Jiu‐Jitsu Mukilteo’s programs has an effective answer that will work for you. 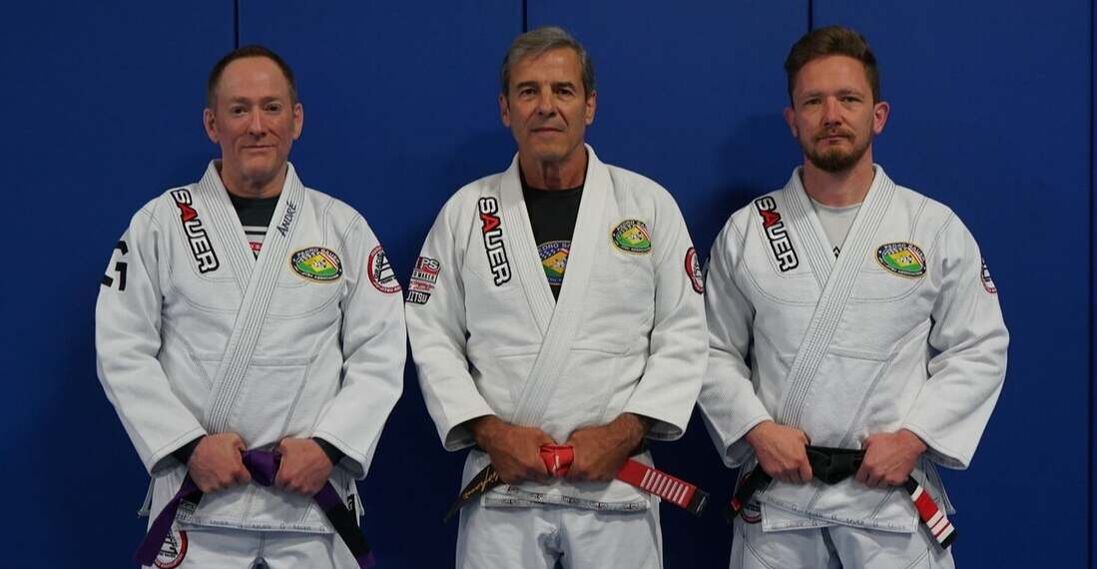 ​Master Pedro Sauer
Master Pedro Sauer was born and raised in Rio de Janeiro, Brazil where he began training jiu-jitsu at the age of 15 alongside his friend Rickson Gracie and the other Gracie bothers in the garage Grandmaster Helio Gracie. From his first encounter with Gracie Jiu‐Jitsu he was convinced that it was the most effective martial art ever created. Master Sauer received his black belt from Rickson Gracie and Helio Gracie in 1985. He is one of only 16 black belts awarded by Grandmaster Helio Gracie.
In 1990, Master Sauer moved to California with the Gracie brothers as part of the first Gracie Jiu-Jitsu instructors in the United States, and was only one of two Gracie Jiu-Jitsu instructors that were not part of the Gracie family. Shortly after coming to California, he moved to Utah where he continued to make his mark in the jiu-jitsu world by teaching, and formed the Pedro Sauer Brazilian Jiu-Jitsu Association. He remained in Utah for many years and grew his association to one of the oldest, largest, and most respected Associations in the world in which he quickly became known for his kindness, meticulous approach, and eye for Technical detail in his Jiu‐Jitsu.
Over the years his name has become synonymous with fluidity and technical precision. He is frequently mentioned on television and featured in martial arts magazines. On May 17, 2005, Pedro Sauer was voted "Best of the Best Brazilian Jiu‐Jitsu Instructor" in a worldwide poll.
In 2006, Master Sauer moved again, this time to Herndon, Virginia, where he opened One Spirit Martial Arts Academy and set up the world headquarters for his Association. He is currently an eighth degree black belt which he received from Grandmaster Helio Gracie and Master Rickson Gracie and travels the world teaching workshops and seminars. Master Sauer is well-known as one of the best jiu-jitsu instructors in the world.
Gracie Jiu-Jitsu Mukilteo is a proud affiliate and member of the Pedro Sauer Brazilian Jiu-Jitsu Association.